A crazy cool way to use Build Alpha. I have to admit that I did not come up with this idea, but it was suggested to me by a potential Build Alpha user.

Below is his sample file. We purposely left the open (high and low) columns as all 0’s. The close column contains the end of day p&l from his original strategy. 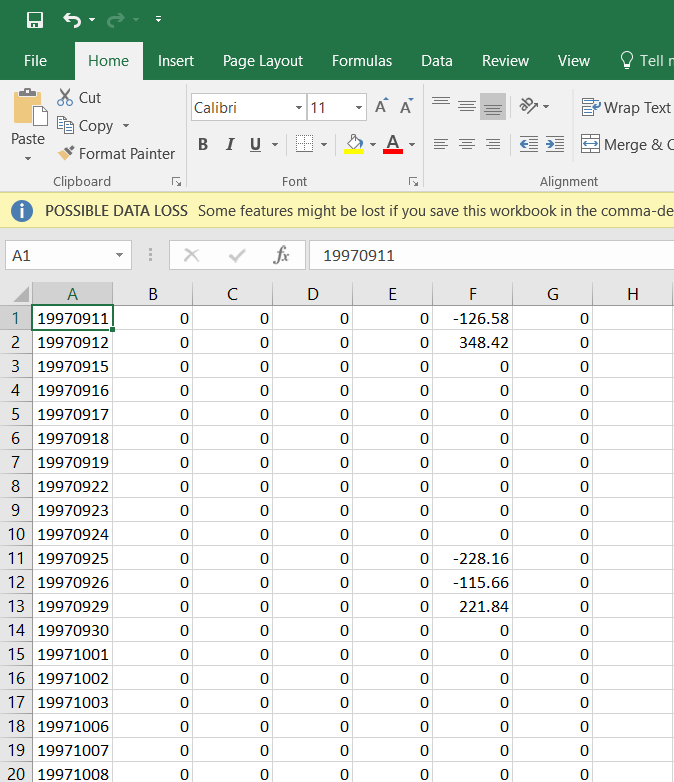 We then chose the underlying symbol the original strategy was built on as market2. So for example, his original strategy trades ES (S&P500 Emini futures) so we only select Build Alpha signals calculated on Market2 which is set for ES.

Build Alpha found some good short/ “fade” rules to use as well. Here is an example that did quite well fading his original strategy (even out of sample – highlighted section).

After emailing him the results here is what he had to say in his email response:

I thought this was a really unique way to use Build Alpha and I wanted to share. I think the same analysis can be done on strategies with longer holding periods too. I would just import daily marked to market results of the original strategy and Build Alpha would essentially find rules of when to hedge your strategy or fade it for a day or two. I think this is certainly a unique approach to add some alpha to performance.

Anyways, thanks for reading as always and keep a lookout for some MAJOR upgrades coming to Build Alpha very soon!